【Column】Another delay in Mabinay 6 trial, more than 3 years and 11 months years in detention, still no verdict 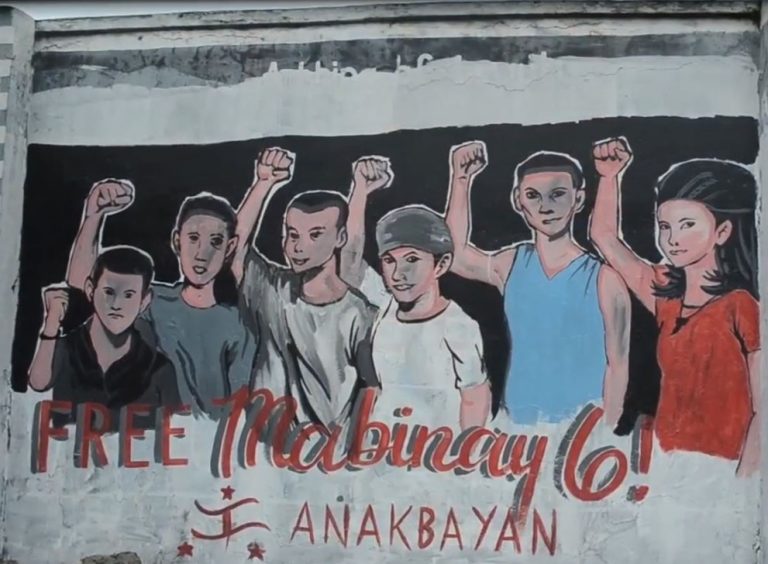 【Photo】Street art painted by Anakbayan, a nationwide democratic youth organization in the Philippines, calling for the liberation of Mabinay 6 /via Facebook page of Anakbayan (posted on August 3, 2018)

Column published on SAC’s website, “Myles in detention, accepted to Silliman University Law School!” Myles Albasin, who was featured in “Electronic Communications Denied Admission”, is my daughter. As reported in this column, Myles and five other young men were arrested in Mabinay City, Negros Occidental, on March 3, 2018. They are collectively called Mabinay 6 considering the location of the arrest and the number of people arrested.

In this report, I am sharing with you about the delays in the trial of the Mabinay 6 and the current situation of the youth and their families.

Of the six Mabinay youth, it is only Myles Albasin (21 years old at the time of arrest) who completed her college education at the University of the Philippines in Cebu. The five young men did not reach the college because of poverty. Randel Hermino (18), Bernard Guillen (21) and Joey Vailoces (19) only completed the elementary education while Jomar Indico (29) and Carlo Ybañez (18) completed their high school education.

― Pour salt on the wound by Omicron strains

The Mabinay 6 hearings started last November (2021), Three years and 11 months after their arrest. The last hearing was last December 10, and the next hearing was scheduled for January 21, 2022. The trial was to be held every Friday and the verdict was expected in the second quarter of this year. We were always praying that there would be no delay.

When Super Typhoon Odette (International name: Rai) hit the Visayas and Mindanao, including Negros Island, on December 16 and 17, it knocked down many houses and fields causing extensive damage to infrastructure. With this destruction, our family thought this could cause delay of the trial, but we were relieved when communications and power have been restored because the trial can resume.

The relief was short-lived, however, when the number of cases of Omicron infection increased rapidly throughout the Philippines, and the court decided to postpone the Mabinay 6 hearing again. The province of Negros Oriental, where the Dumaguete City District Court is located, was designated as Level 3 for the new COVID-19 from January 14, 2022 to February 15, 2022, and the sharp increase in the number of Omicron strains has further tightened the quarantine measures in the province.

Even though it has already been three years and 11 months since the Mabinay 6 were arrested, the date of the verdict may be further delayed.

― Trial delay due to change of court venue

BJMP gave the reason for the move as “the youth of Mabinay 6 are ‘high risk detainees’ suspected by the government of illegal possession of firearms and explosives, so long-distance transportation would be dangerous.

Our family did not object to the transfer of the court even though it would delay the trial because our main priority is the safety of the lawyers and the Mabinay 6. The lawyers are based in Cebu City in Cebu Island so the lawyers had to travel first by boat from Cebu City to Dumaguete City in Negros Oriental, and then by vehicle to Bais for 45 minutes to an hour We thought that if we could shorten the travel time by vehicle, we could reduce the risk of being attacked while in transit.

The safety of our lawyers is of utmost importance because in November 2018, Atty. Benjamin Ramos, the lawyer in charge of Mabinay 6, was gunned down in Kabankalan City, Negros Oriental, where his home is located. He was a human rights lawyer and handled cases of land disputes, but he was labeled as a “red”. Many “red-tagged” human rights activists had been killed.

In the Philippines, it takes so long before detainees are sentenced, and life in detention centers is poor.

For example, the budget for food in the detention center is 60 pesos per person per day, which is about 130 Japanese yen. Imagine that. Detainees who do not have food from their families cannot eat nutritious food unless someone shares it with them. They are forced to rely on donations from support groups and churches.

My family and I managed to visit Myles, and when we did, we made sure to have conversations with the five young men and deliver what they needed. I am a journalist and my husband owns a small farm, but even for us it is hard to get what we need. Journalism in the Philippines is one of the most dangerous and lowest income professions. We also receive support from our relatives and friends, but we cannot ask them often because they have families to support.

On the other hand, family members of the five young men have been unable to visit Mabinay 6 even before the quarantine measures started. In 2019, Jomar Indico told his mother, “You don’t have to come to see me anymore, it costs too much”. Jomar’s mother used to bring bananas, corn, and other crops from her fields to the detention center.

Since the suspension of visitation due to quarantine measures, the detainees have been allowed to contact their families via Facebook messenger and cell phones. However, except for Myles, the other five family members do not have the financial means to use them.

― More challenges for the youth of Mabinay 6

In September 2020, Bernardo Guillen, father of Bernard Guillen, was murdered. Bernald’s father was beheaded by supposed state troops in their rural community in Himamaylan, Negros Occidental. He was suspected to be a supporter of the New People’s Army (NPA), the military arm of the Communist Party. Since Bernard’s detention, his father failed to visit him in the jail because of poverty, such a tragic reality for him. The transportation cost is about P1,200 pesos (about ￥2,600).

Myles had even more difficulties. Her admission to law school, which she had been accepted to, was effectively blocked. BJMP refused to allow Myles to use the computers and Internet for her remote classes (https://sac-japan.org/allow-myles-enroll-silliman-college-law/). But we will continue to demand that she be allowed to attend classes, because this is not just about Myles, it is about all detainees and prisoners. We believe that education is a right for everyone who is incarcerated.

― Wrongful arrest is a show of power by the government

We believe that arrests are a show of power by the government and a sign of a lack of empathy for the youth of this country.

The current government is no longer capable of speaking politely throughout a debate. The government has chosen a path of hatred and murder, as evidenced by the methods used by the military to silence dissenters, such as red-tagging of human rights and land activists, and extrajudicial killings of drug-related suspects, human rights activists, and environmentalists, most of whom are poor.

Fortunately, the Mabinay 6 case is being handled by pro bono lawyers from the National Union of Peoples’ Lawyers (NUPL) . These lawyers are Myles’s university teacher and fellow students. We are assured.

The youth of the Mabinay 6 see their arrest as a test of their activism. When the government tries to silence the resistance and the activists, while activists refuse to stop resisting the status quo and pursuing injustice, they expect government repression against them.

The youth of Mabinay 6 are determined to serve others through what they believe in, their movement. It is hard to spend 45 months or 3 years and 11 months in jail, but they have steeled their hearts to wait for the day of freedom. 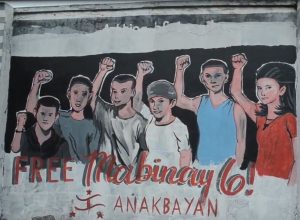 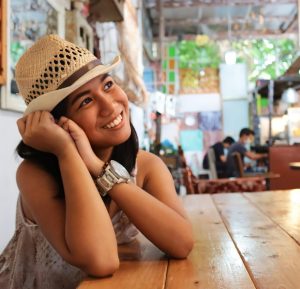 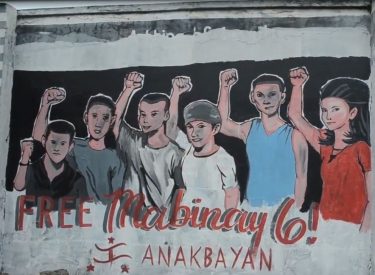