Fifty (50) Years since the Martial Law Declaration in the Philippines in 1972: Reflections (Part 1) 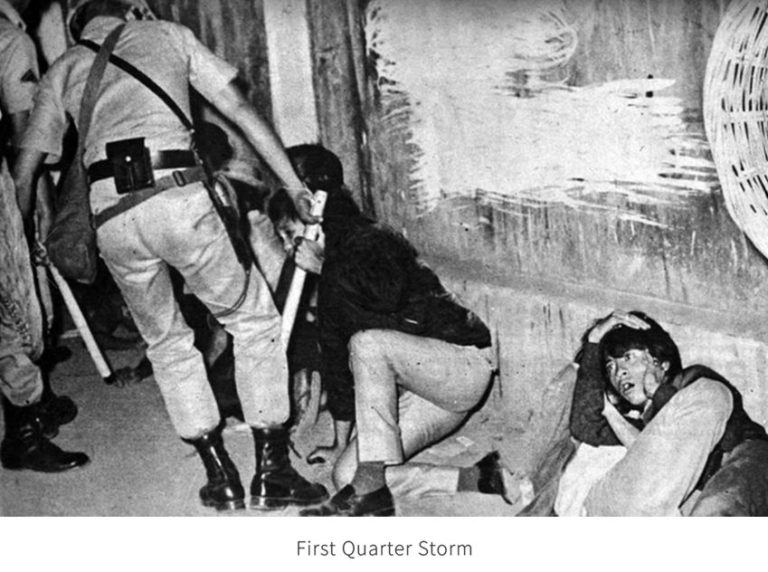 ― Real power in the student council for only 16 days

I was in my third year of medical school at the University of the Philippines (UP) College of Medicine when martial law was declared by President Ferdinand Marcos Sr. on September 21, 1972. I have just been elected Chairman of the UP Student Council on September 1, 1972. Our student political party won all the major elective seats in the University Student Council and all the College Student Councils of the university. It was the first time in the history of student politics in UP that only one political party dominated the winners in nearly all the seats available.

All elected officers of the UP Student Council took their oath of office administered by then President of the University of the Philippines (UP) Salvador P. Lopez held at the University Theater, but by September 21, the UP Student Council and all student councils in the Philippines were abolished by the declaration of martial law. So, we were only sixteen (16) days in office and power.

― In the late 1960s, the height of the student movement

The Years Before 1972. Student power and student activism were at their height from 1970 to 1972. There was ferment in 1968 and 1969 triggered by the involvement of the United States of America (USA) in the Vietnam War since the Philippines hosted two of the largest military bases in Southeast Asia, namely Clark Air Base and Subic Naval Base, the Philippines was inevitably drawn into the Vietnam war by the use of these two military bases for the USA military forces to stage their aerial and naval attacks on North Vietnam.

In 1969, President Ferdinand Marcos Sr. got re-elected as President of the Philippines, the first President ever to be re-elected since 1946. But it was an election hotly contested by Senator Sergio Osmena Jr., the other candidate for President, accusing President Marcos Sr. of fraud, cheating, and deceit using violence, vote-buying, and intimidation.

I would also call the years 1968 to 1972 the Years of Heightened Philippine Nationalism and Patriotism especially manifested by the Filipino youth and students.

All these preceding events led to the so-called student revolt – the First Quarter Storm of 1970. January 1970 started with the peaceful demonstration against the State of the Nation address by President Ferdinand Marcos Sr, on January 26, 1970.

However, this peaceful rally ended with violence when the thousands of students gathered in front of Congress were attacked and dispersed with tear gas, water cannons, and broken up with wooden sticks and shields by the Metropolitan Police Force (MetroCom) and the Philippine military forces.

This event was memorable to me since it was the first time in my life that I have decided to join a student rally, together with other male and female friends from UP Diliman Campus, we joined the march of students from other universities starting at the boundary of Quezon City and Manila onwards to the Congress of the Philippines, a good 7-kilometer walk/march.

For me and my friends, it was legitimate freedom of expression of our disappointment with the leaders of our country getting involved in the Vietnam War through the US Military Bases and the charges of graph and corruption of the Marcos Administration including the fraud, vote buying, and violence of the November 1969 elections.

During the dispersal of the student rallies, I suffered being beaten by the wooden sticks and shields and ran away as fast as we could with my friends while being chased by the MetroCom Police until we got to a safe place in Quiapo, some two kilometers away from the Congress venue.

― Mendiola Street is filled with students but focused on becoming an M.D.

On Friday, January 30, the students responded with a bigger protest rally and a direct attack on Malacanang Palace, the official residence of the President, sending a fire truck into the gate of Malacanang that eventually destroyed the iron grills.

The whole avenue of Mendiola St, the road leading to Malacanang was filled with students that late afternoon. The crowd spilled into the streets of Claro M. Recto Avenue and Legarda Street. I did not attend this student rally anymore because of the physical and emotional trauma I had a few days before. I just watched on television as the events unfold.

Truly a memorable day in the history of the Philippines wherein Malacanang was nearly occupied and probably destroyed by students but repelled by the President Security Guards, the MetroCom, and the Philippine Military.

The period in early 1970 was my last year in my Bachelor of Science course, with graduation scheduled in April 1970. I had already applied for entry into the UP College of Medicine by June 1970. My priority then was to become a medical doctor but already with a dream to become a patriotic Filipino doctor.

Fifty (50) Years since the Martial Law Declaration in the Philippines in 1972: Reflections (Part 2)

The Search for a Good Shepherd 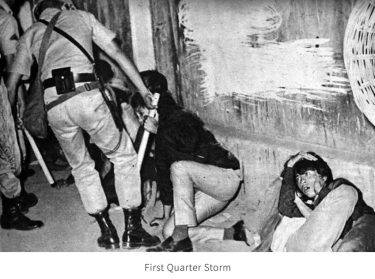