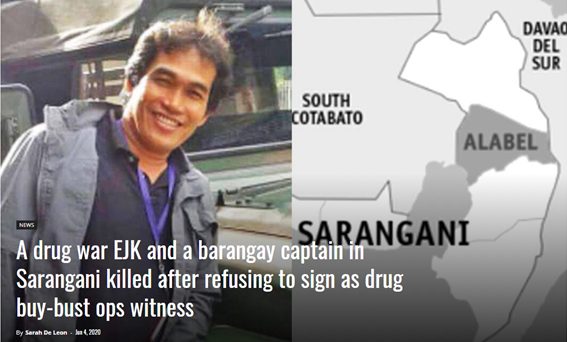 この記事は、2021年8月28日に配信した、石井正子さん（立教大学）の【コラム】「麻薬おとり捜査とある村長の死：ジョニーの殺害と進まない真相解明」の筆者による英訳です。
This article is an English translation of the column distributed on August 28, 2021, written by Prof. Masako Ishii, Rikkyo University.

― “Diony Worker”—the man who came close to the workers—

Diony’s email account name was “Diony Worker.” It had a twist, just like him. His real name is Diony Patricio Seromines. He has been supporting fishing workers in Sarangani Province in the southern part of Mindanao Island for more than 15 years. He has a sense of humor in educating people. People remember him as a kind leader always telling jokes and he became popular among the different groups of people in the region.

His steadfast efforts attracted many people. In 2010, he was elected as a village councilor in Kawas Village, Alabel Town, Sarangani Province. In July 2019, he was appointed village chairman, taking the position of the elected Barangay Chairman who happened to get the position of a municipal councilor in Alabel town.

The incident occurred on May 29, 2020. After 5:00 pm, the Police Regional Office-12’s drug enforcement unit arrived in Kawas Village. Their purpose was to conduct a buy-bust operation against Mr. Salvador Olog, a village guard (tanod). According to an investigation conducted by a human rights organization close to the bereaved family, Diony, the village chairman, who read the investigation warrant at that time, requested that Mr. Olog be “arrested only, and not killed.”

Two hours later, a gunshot echoed in the village. Mr. Olog, who was in the corona countermeasures post, was murdered. Chairman Diony, who rushed to the scene of the murder, was asked by an investigator to sign the documents. The documents indicated that Mr. Olog refused to be arrested, and he was killed because he fired at an investigator. Chairman Diony refused to sign because Mr. Olog was only holding a wooden stick (batuta), not being issued a gun by the local village unit. Then, at around 8:15 pm, Diony was shot dead by someone riding in tandem while he was crossing the road going to his parents’ house for dinner.

― No progress in investigation

On June 10, after the incident, the town council adopted a resolution requesting the Sarangani branch of the National Bureau of Investigation (NBI-SARDO) to investigate the murder of the village chairman, as well as a resolution condemning the murder. However, according to the late Diony’s wife, something strange happened to the subsequent investigation.

The Alabel town police prepared an affidavit of complaint for Diony’s wife without conducting an interview with her. Upon reading the documents made by the police, most information seemed to be a false statement by the police investigator. On August 5, 2020, the police investigator informed Diony’s wife that a certain fisherman was willing to testify as a prime witness to murder. According to the police, he witnessed the killing incident, he knows the suspect, and was willing to help resolve the case with Diony’s wife. After reading the statements, Diony’s wife refused to sign, because the affidavit document did not come from her statement, and the recovered prime witness (fisherman) was not known to her husband. Meanwhile, she asked the police to show her the documents that her husband had refused to sign, but the police refused to present them.

The family began collecting evidence on their own, with the help of some persons from the Union of Peoples’ Lawyers in Mindanao, and other individuals. However, mobility restrictions due to coronavirus stood in the way. Before and after the incident, in Sarangani, it was necessary to obtain both a medical certificate from your village, and a travel permit from the police when traveling outside the municipality of your residence. The boundaries of the municipality were strictly controlled, and the number of passengers traveling by car was also limited.

The family turned to the Philippine Commission on Human Rights for help. The Commission on Human Rights interviewed the chief of the police station in Alabel Town. They also gathered information from the people in the village who heard the gunshots, and interviewed Diony’s wife regarding the important information that might have reached her. However, the result was only a resolution for continued investigation, together with some angles in the case that might give an idea to the family for further investigation. Regardless, no further progress has been made by the authorities.

― Villagers afraid to give testimony

The family also asked the National Bureau of Investigation (NBI) to investigate. According to the NBI, a minimum of three witnesses are required to file a lawsuit. The family searched for witnesses. Immediately after the incident, one witness came forward. The second witness appeared four months later. On August 4, 2021, about one year and two months after the incident, they were finally able to hear the story from the third witness. However, even though he had stated what he had seen in front of the lawyer, one of them suddenly changed his mind and hesitated to testify in court. He was clearly afraid of “something.”

― Is the undercover drug operation an excuse?

Why is the witness afraid of providing his testimony in this case? Diony’s wife is in distress. However, if we persistently splice the fragments of the story, the focus shifts to the political intent behind her husband’s murder. Maybe he was standing in the way of someone’s interests; the undercover drug operation was an excuse, and murdering Diony was the actual order. We will continue to seek the truth.

<Author>
Masako Ishii, Professor Rikkyo University. She has been conducting research on Mindanao Island, Southern Philippines, with the help of Diony’s family. Her main publications include The Bitter Reality of Sweet Banana (Commons, 2020), edited by Masako Ishii. 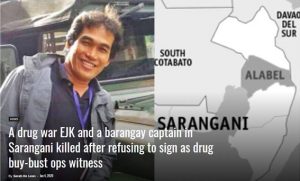 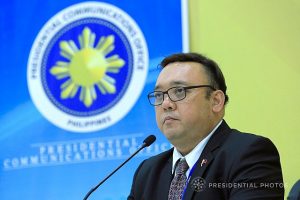 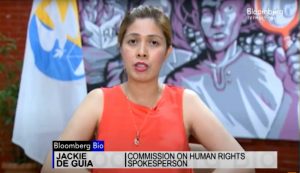 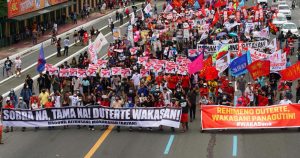 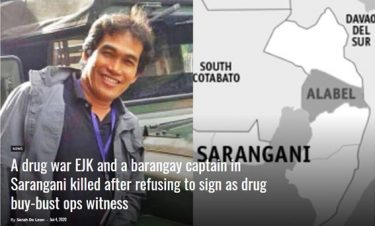